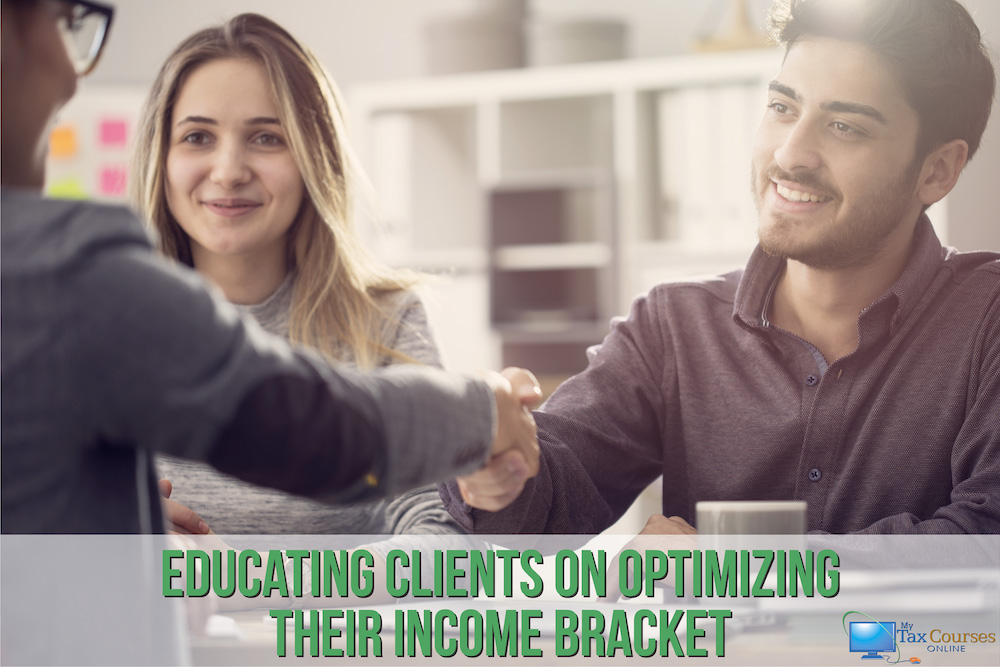 For 2018, there are seven different tax brackets ranging from 10 percent to 37 percent. These numbers represent a taxpayer’s top marginal tax rate, and being in a 37 percent bracket doesn't mean all a taxpayer’s income is taxed at 37 percent.

Many taxpayers who were previously in a 15 or 25 percent top bracket are now in the 12 or 22 percent bracket—and for some, reducing their household taxable income by just a few thousand dollars can mean a 10 percent or more reduction in how these dollars are taxed. If any of your clients are on the cusp of a lower tax bracket, advising them to bump up their IRA contributions or take other steps to reduce taxable income can save them a bundle.

Many of the TCJA’s changes are temporary—unless Congress steps in before 2026, tax brackets for individuals and married couples will revert to their 2017 levels in 2026. This means that taxpayers who are enjoying the benefit of a lower top tax bracket post-TCJA should generally place as many assets in post-tax accounts as they can. For those who are firmly within a lower-than-normal tax bracket, placing retirement funds in post-tax accounts like Roth IRAs can reduce the amount of tax they’ll pay over the course of a lifetime.

2020 IRS Tax Payments Extended by 90 Days: No Interest or Penalty
Educating Clients on Optimizing Their Income Bracket
The New Home Mortgage Interest Deduction
Could The End of DIY Tax Prep Be Near?
Why is it a good idea to do a "Withholding Checkup" with your clients?